Nine years ago, about two weeks after Graduation, I almost died. By all accounts, the reason I am here today, is because I wore my seat-belt. Moments before the accident, I had taken off my seat-belt to reach my phone that had fallen under my feet. Thankfully I put it back on, because within minutes, my life could’ve ended next to an old pecan tree.

I am choosing now to really talk about it, to try and perhaps save someone else along the way. It not only changed my life that day, but the three others that were with me. I cannot speak for them, because we have all gone our separate ways, but for me, I will never forget that day or them.

So here is my story, in the only way I really know how to express it… 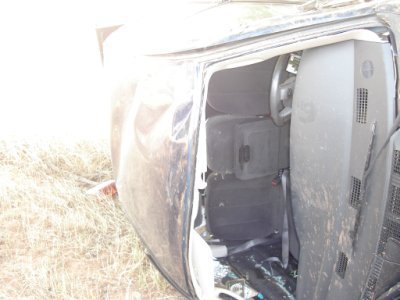 We were too cool for most,
We thought we owned the night.
When you’re young and in love
You don’t ever see things just right.

We always wanted to fly,
We loved the thrill of the unknown.
He put his foot down harder on the pedal;
We laughed as caution to the wind was thrown.

We hit the curve too fast;
It sent us spinning in mid-air.
All the glass shattered
As I uttered a quick prayer.

‘I ain’t afraid of dying,
I’m not afraid to bleed.
I’ve been bruised and banged up,
I know survival is never guaranteed.
If it has to be someone,
Lord please let it be me.
What scares me most is…’
Then we slammed into the tree.

I thought we had been flying,
I thought we would never stop.
When we crashed sideways into a tree
And fell straight from the top.

The truck rested, yet moaned,
But no other sound was heard.
I couldn’t see anything but ghosts;
My head was rushing and my vision blurred.

Then someone rustled beside me
But quickly vanished with a cry.
I knew then my time had come;
Surely I was about to die.

I was all trapped,
Held hostage by the seat-belt too tight.
The very thing that had kept me alive
Was about to end my life.

The smell of charred flesh
Made me choke as I cried.
I screamed for someone to help me
But no one came to my side.

Paralyzed at being burned alive,
I screamed loudly, once more.
Swallowing back vomit,
I saw there was no escape from my door.

Abruptly I was released,
And dragged through the windshield.
I was placed on the ground
Between the road and a wide open field.

A friend came and knelt beside me,
Pleaded, begged me to open my eyes.
He was so small, so frail in that moment,
I know now I kept him alive.

(When we started to literally roll,
Across the highway we went,
I threw my arm against him in the middle,
Keeping his body against the seat was my intent.)

He lifted me up to my feet
And pulled me into an embrace.
I’ll never forget him ever,
Though now he’s vanished without a trace.

Then, an angel, I’m certain,
For I never got her name,
Helped us to the back of her car
And told us to wait.

She gathered the others,
We totaled four that day.
She made us sit down
For 911 was on the way.

All of our parents were called
And people stopped and stared.
I don’t remember much of that,
I guess I was still too scared.

You see, at seventeen we all think
That we’re immortal and free.
I learned the hard way
On Highway 41 with that tree.

It changed us all
More than we will ever admit.
None of us are the same today,
Nor does anyone talk about it.

Identities have been changed,
Relationships have lost their meanings.
But every time I drive down that road
It takes me back to those old feelings.

We all make mistakes,
Some we’ll carry the rest of our life.
The thought of being a miracle
Will never fully feel right.”

We made the mistake of thinking we were invincible. Thankfully our mistakes did not cost the lives of anyone else, as there were people behind us. (Thankfully, there was no oncoming traffic heading towards us at that moment.) We all spent a few hours in the Emergency Room and lived to tell the tale. (Concussions, nerve damage, and second degree burns, though the burns were not from the truck catching on fire. Ironically, the church we were attending had a dinner that night and we were chosen to shuttle all of the food that evening. The theme was Mexican and we had just picked up quite a few hot, steaming dishes of meats, sauces, cheeses, etc. My arms and neck still have those scars. I can laugh about that now!)

The crash has become a metaphor for my life then, and it should have foreshadowed what was coming: all of our relationships, while going so fast and on the road to perfection, ended up crashing and burning. We all have our scars we still carry, though they have faded as time passes.

Wear your seat-belt folks. In two separate instances, one before my wreck and one after, I attended the funerals of two friends who did not have on their seat-belts. Maybe, just maybe, they would be here today. I have no way of knowing for certain concerning their fate, but what I do know, is that I am here today because of not only a seat-belt, but God’s grace. 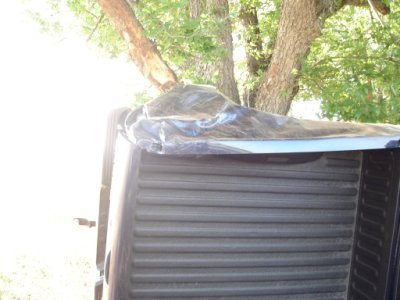 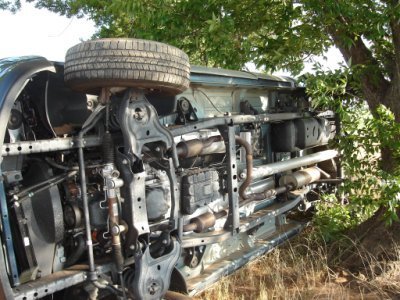 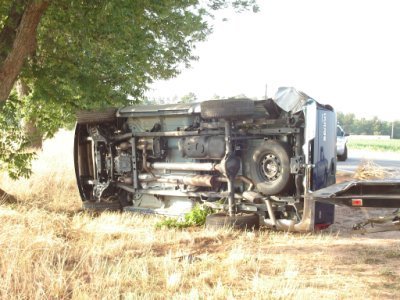 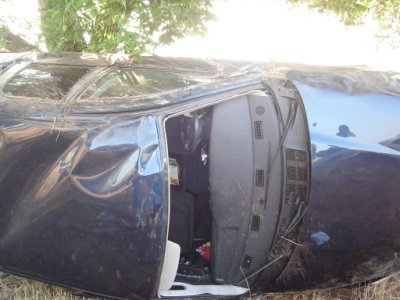 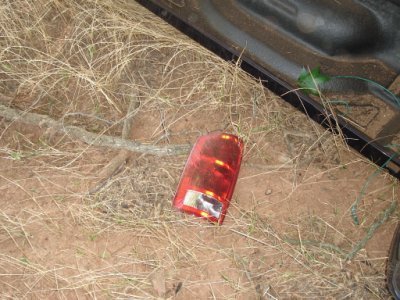 Previous Things remembered…
Next A lesson in living.