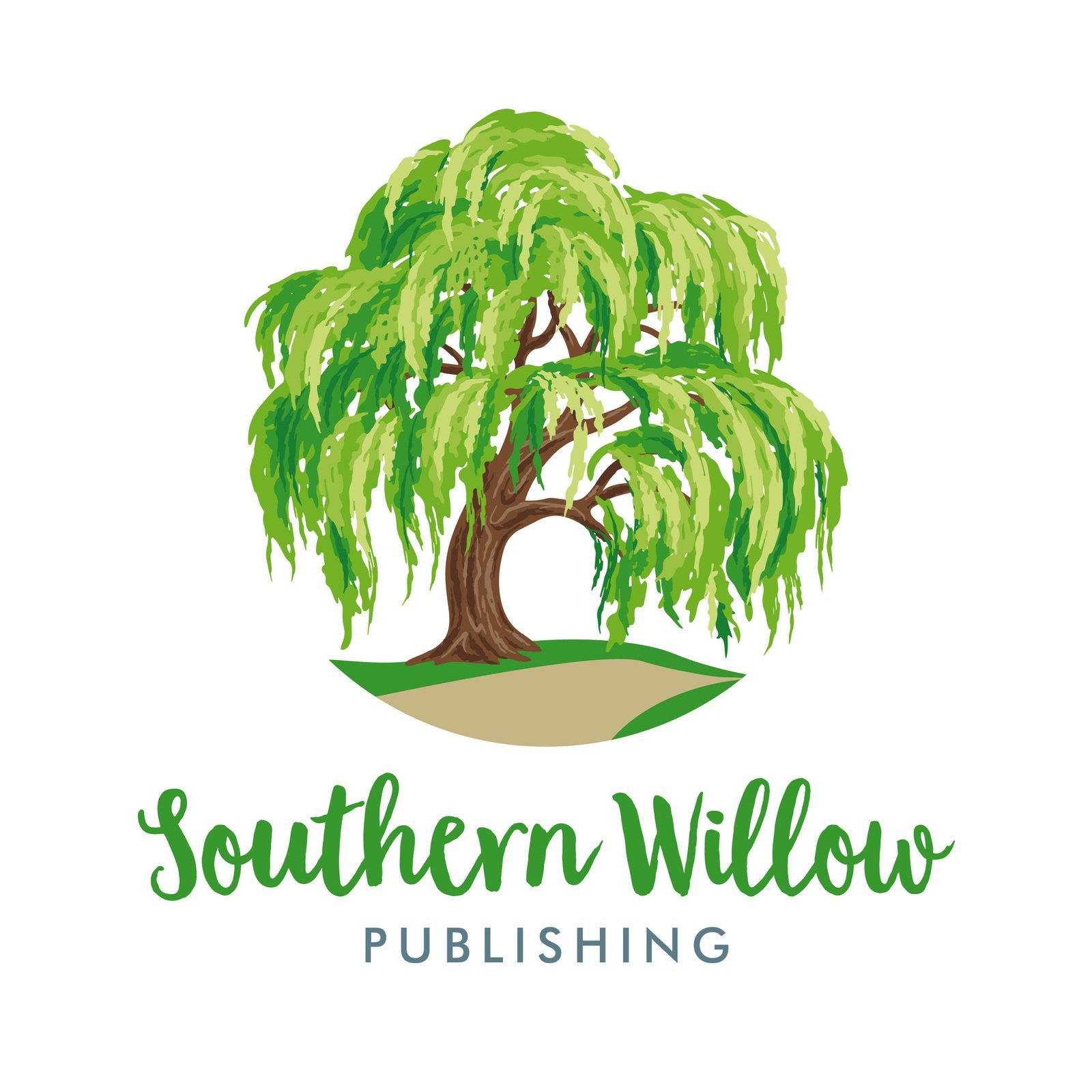 Southern Willow Publishing provides a comprehensive selection of services for today's independent author. Our team is made up of writers just like you! We offer publishing packages, editing services, graphic and web design services, and interior book formatting services.

We are a literary themed coffeehouse located in the heart of middle Georgia featuring one-of-a-kind specialty beverages. All of our coffee is locally roasted, freshly ground, and sourced through direct trade. Besides all things coffee, we offer specialty milkshakes, steamers, teas, lemonades, hot chocolates, etc! Our baked goods are made fresh daily and served alongside a full breakfast and lunch menu. 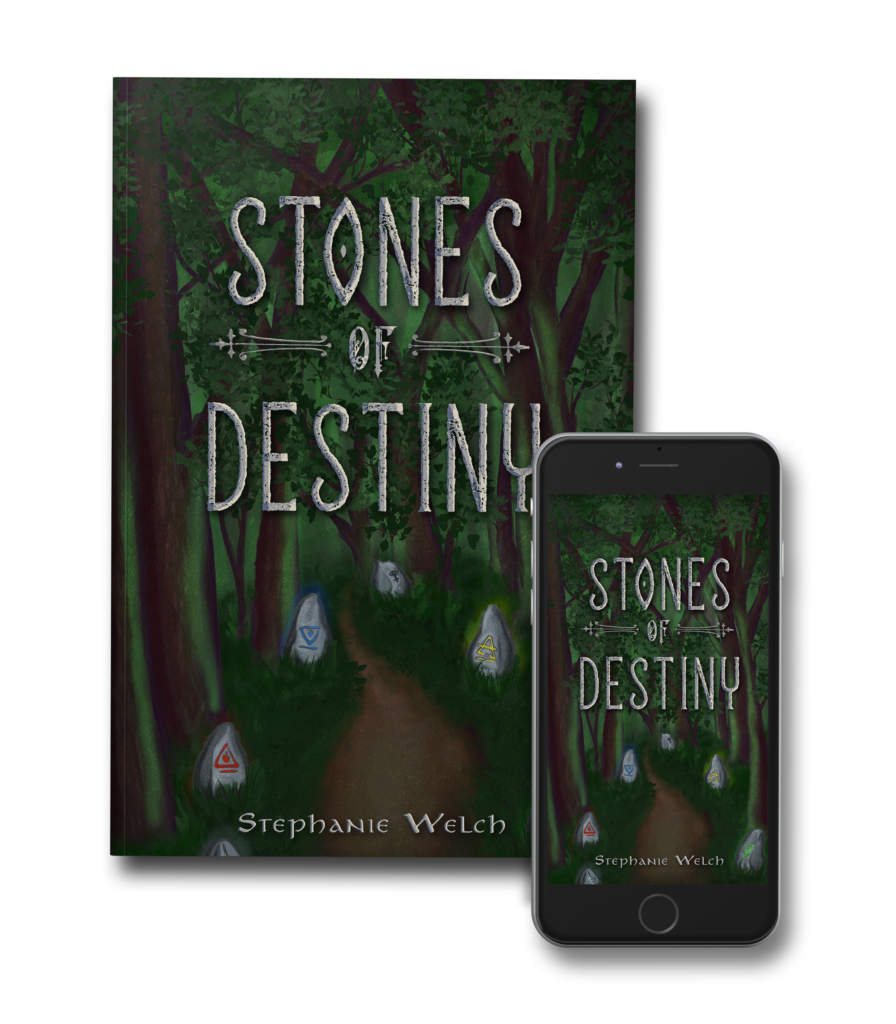 Amelia Wardman has graduated from nursing school and is ready to make her own way in life. She has never been gifted with any magical powers, at least not like her parents. Her father, Daryl, and mother, Clarisse, are gifted in ways she could never hope to measure up to. That was what drew her to nursing. She could help people in the only way she knew how. Her excitement for her new career has barely begun when suddenly her world is turned upside down. She is thrown through her family’s ancient magical portal to a world she has never seen before. Her father’s pleas echo in her mind as she faces challenges beyond her wildest nightmares. Will she be able to find help along her journey? And more importantly, is there any way to save her family in time? 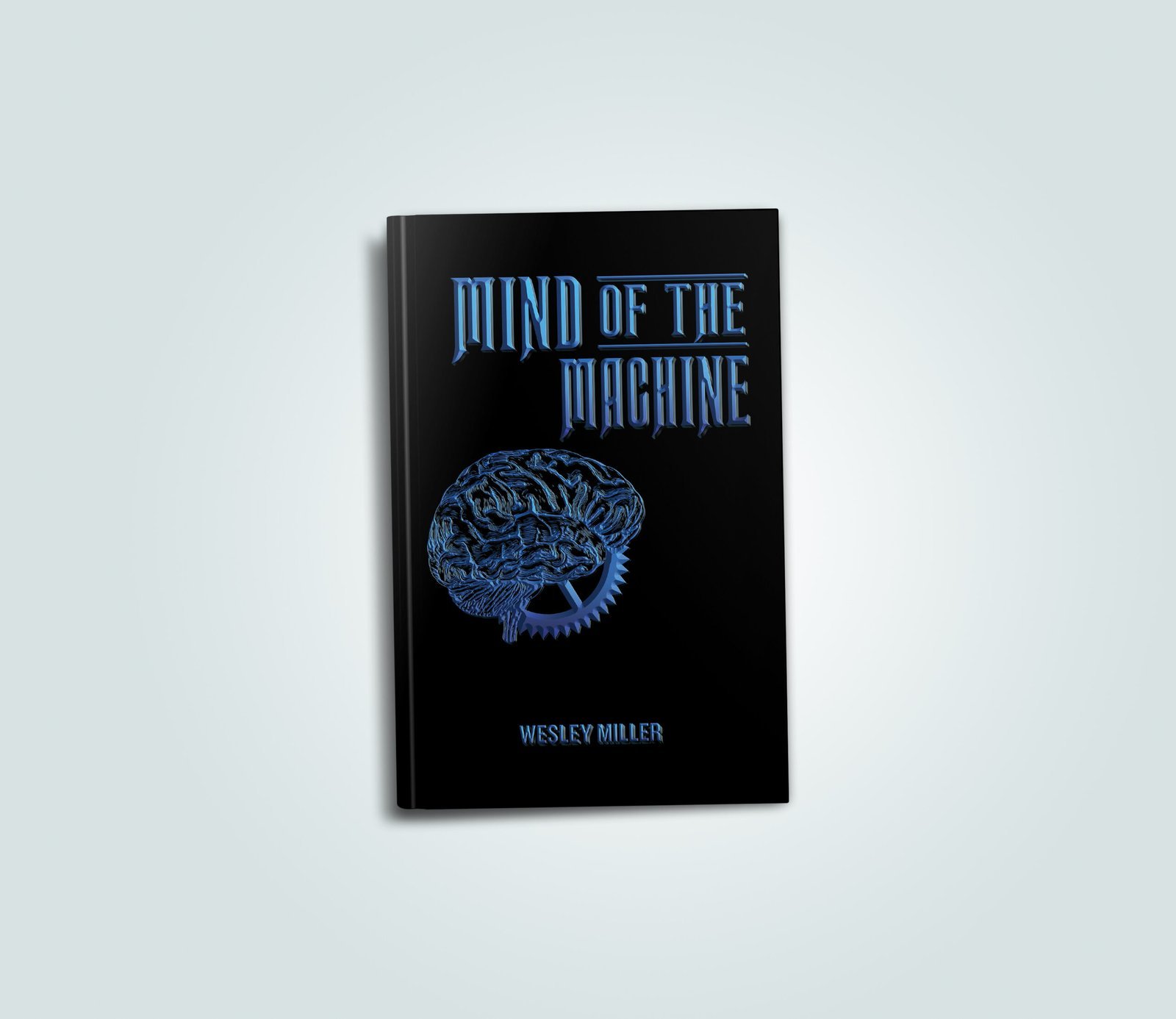 Mind of the Machine

John and Samantha's worst fears have been realized as they discover that Frederick Mueller, the Supreme Commander of the New Atomic Order, has established bases in every corner of the country. In order to defeat him, their core group must divide and conquer on all fronts at once. Each of them will be tested beyond measure in this fight against tyranny. In the midst of it all, John and Samantha receive news that will change their lives forever. 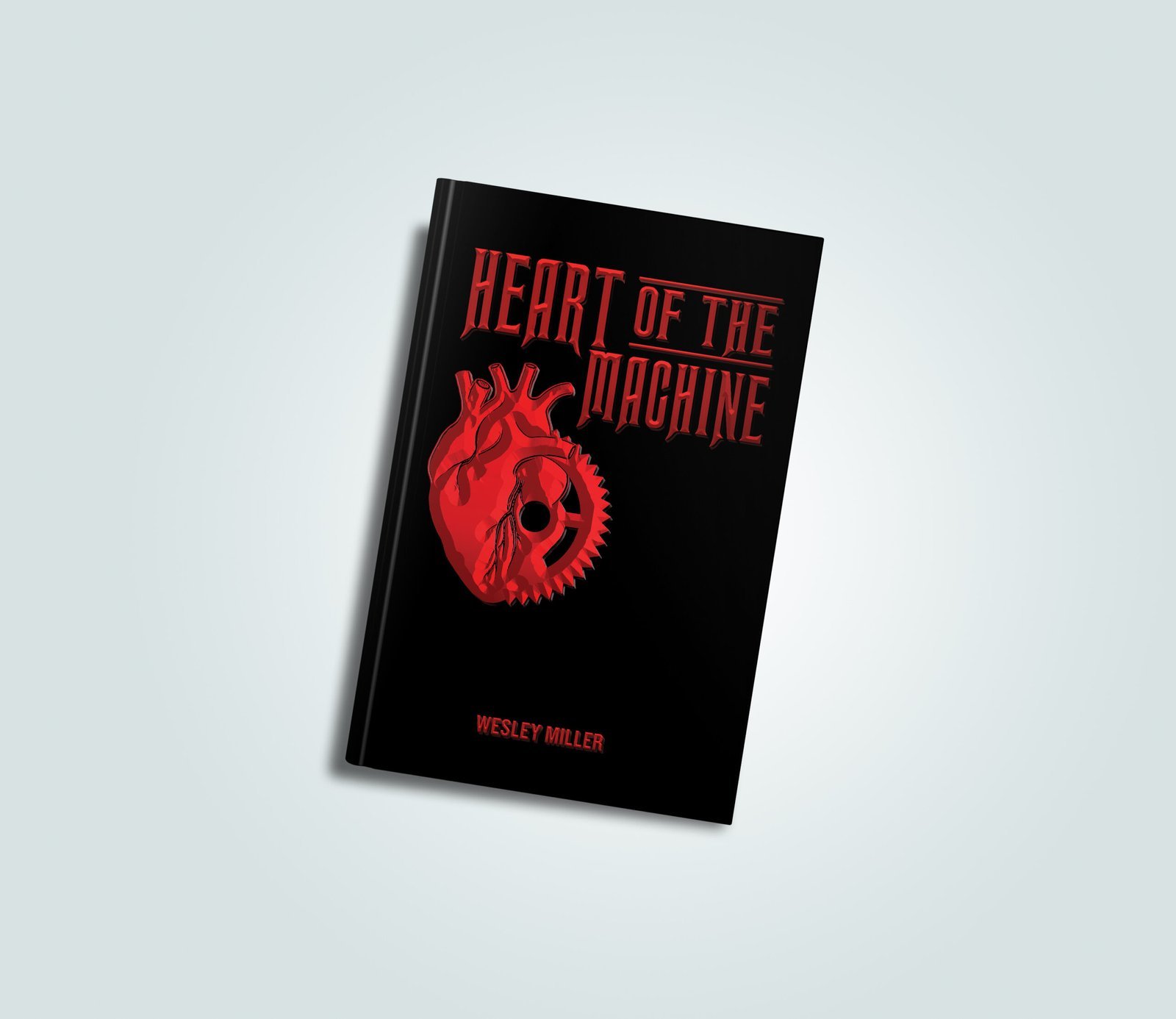 Heart of the Machine

Caught in the vortex of a nuclear attack, John and Samantha Worthington manage to take cover and survive the blast but emerge to find that their town has been virtually obliterated. In their search for survivors in nearby cities they soon discover that these attacks have taken place on a grand scale. John's health begins to deteriorate as a result of exposure to radiation, but when they finally discover a secluded group of mysterious survivors he is offered a revolutionary form of treatment to be administered by their physicians. The effect of this procedure will put their relationship to the ultimate test. As they both confront their own nightmares, they also discover that their new, pristine community is hiding a dark and terrible secret. A secret that will change the course of humanity. 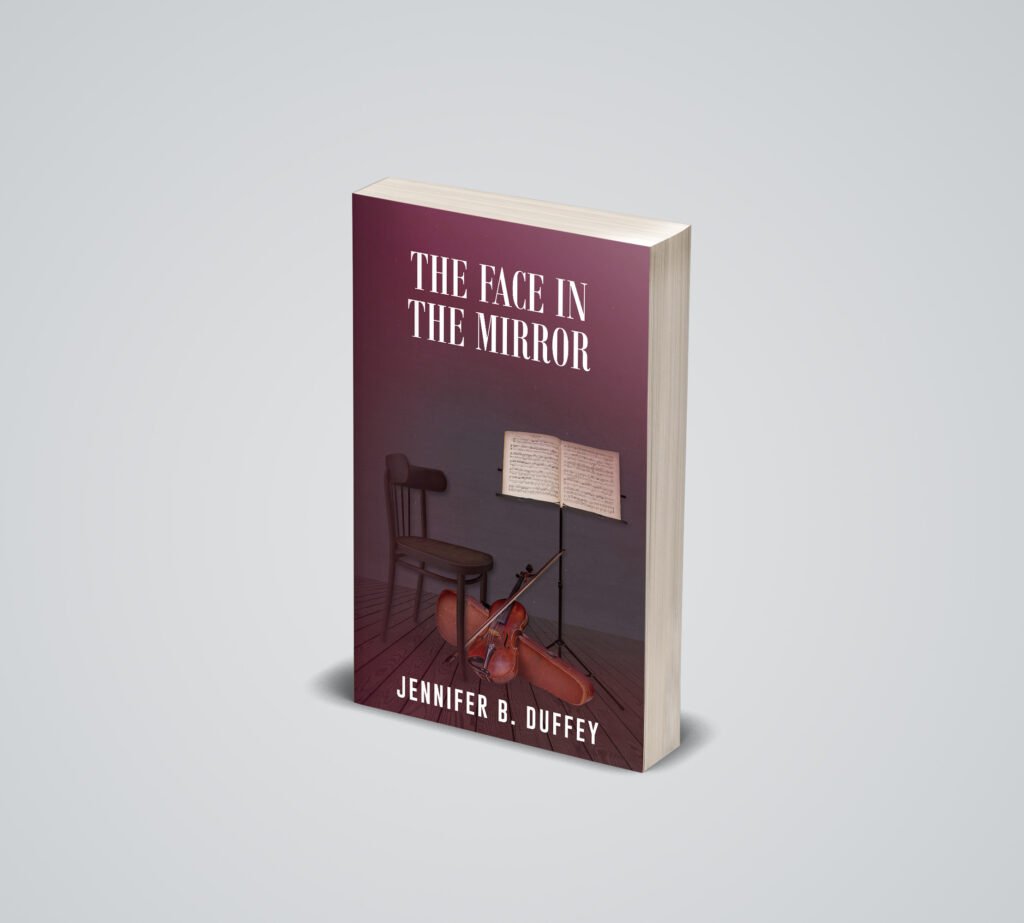 The Face in the Mirror

Maggie Arnet has never been afraid of monsters. She’s known them all her life. In many respects, they are her closest friends, the constant companions she can always count on. She has never considered life without them until she moved in with Carmen Peterson, a beautiful and gregarious co-ed who sees no obstacle too challenging. With little more than her beloved viola, Maggie finds a way into the hearts of her classmates. And with Carmen’s help, she’ll face the greatest test she’s ever known. Will she finally confront the demons that surround her or will she remain forever locked inside her prison walls? 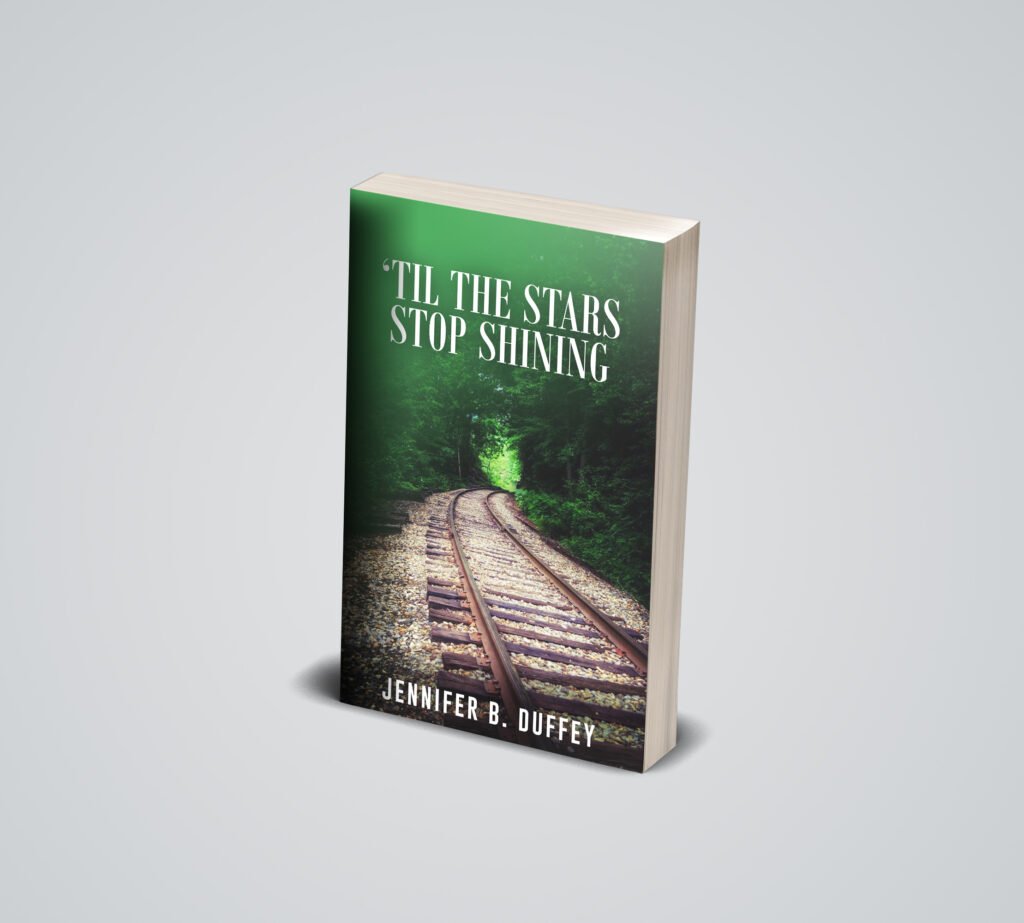 'Til the Stars Stop Shining

Ethan Murray knows his answer to that question but he has no idea how those four little words will change his life forever and set off a chain of events that will reshape who he is as a man. If he can survive his greatest struggle and discover the strength to heal the broken pieces, he may find a way to break free from the scars that hold him prisoner. Is love strong enough to bridge the distance between the past and the future? Who will Ethan love ‘til the stars stop shining? 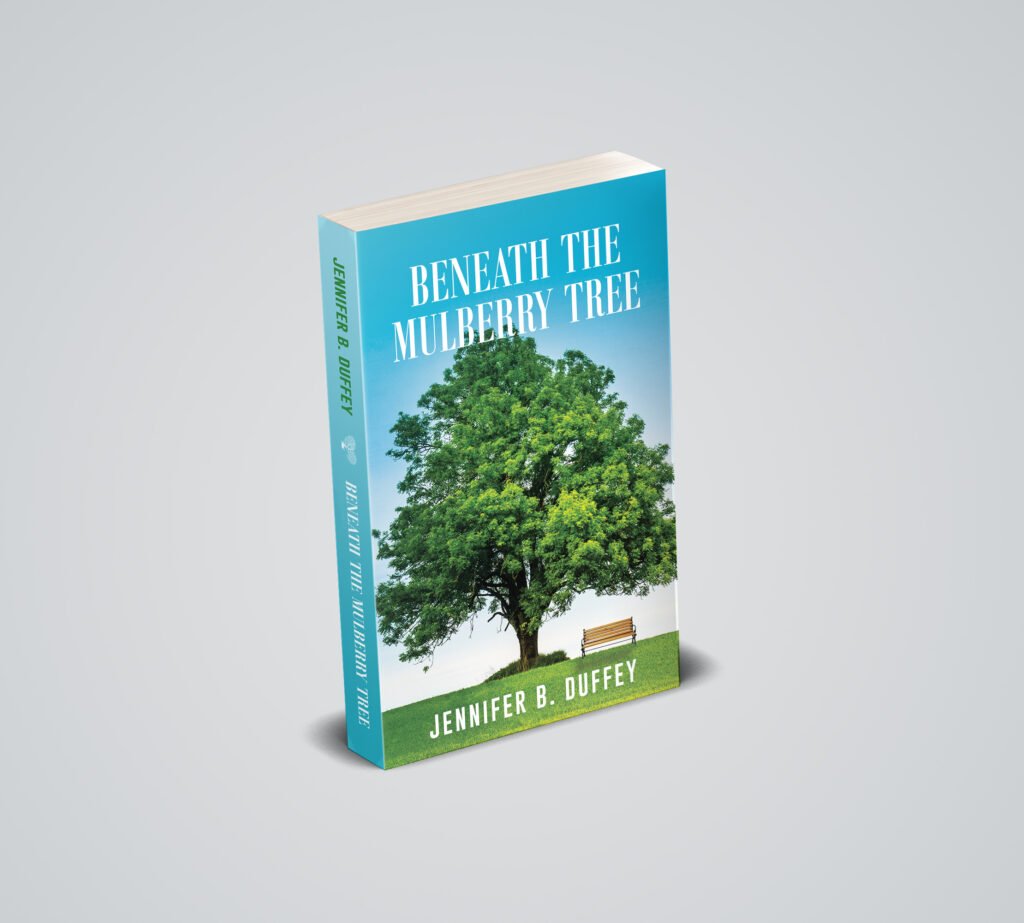 Beneath the Mulberry Tree

Jimmy Watson dreamt of retiring to a small farm in the country. After a lifetime of building a successful business, his dream becomes a reality. He has traded in the stress of deadlines for the calm grazing cows in a summer field.But when Jimmy suddenly becomes plagued with a series of nightmares, he must decide between his peaceful life and a path he cannot yet understand. It is a choice that will eventually lead to the most important question of his life: which is greater, life or love? Will Jimmy choose tranquility or unimaginable pain?The answer lies beneath the mulberry tree. 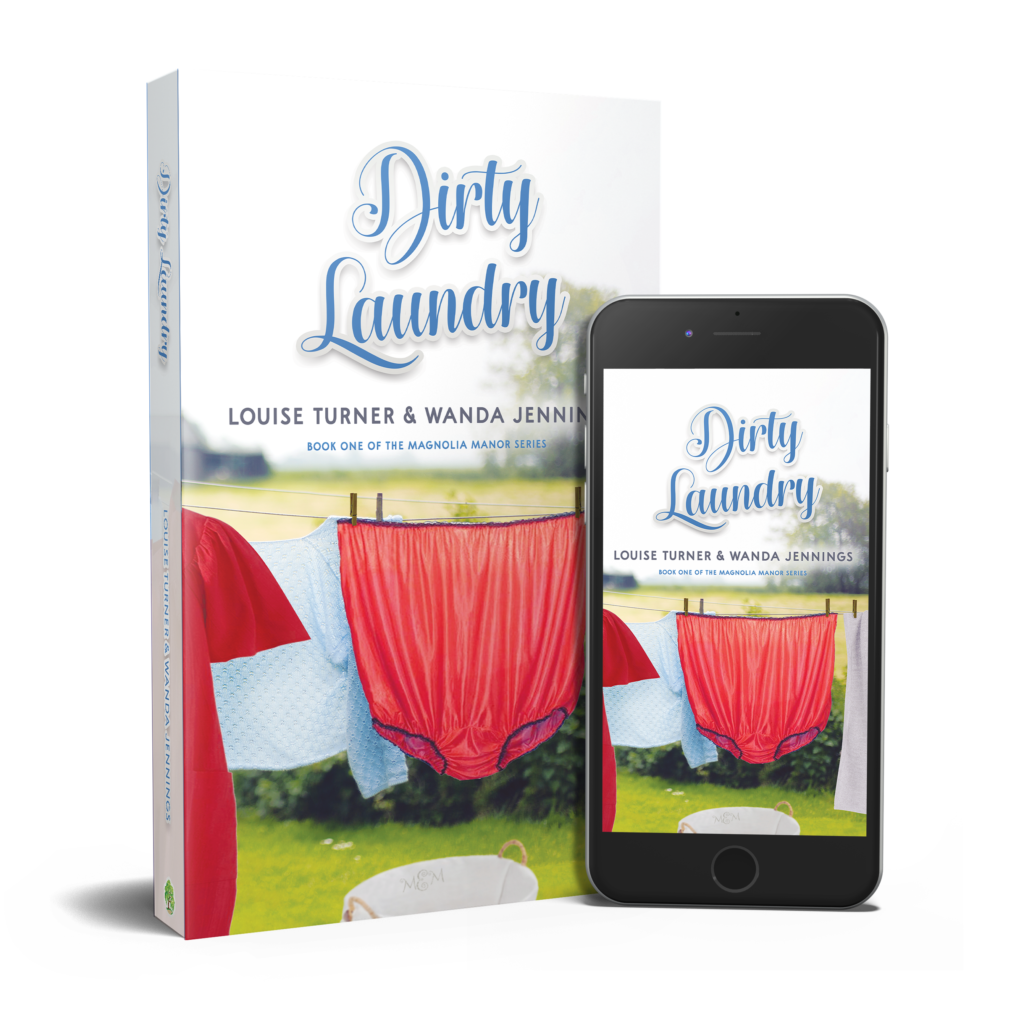 The great town of Rhinestone boasts the best breakfast this side of the Mississippi. Just ask anyone who’s ever eaten at the Starlight Cafe. But life for the owner of the cafe, Mona Bridges, hasn’t always been easy. Times are tough and they’re about to get even tougher when a mysterious stranger rolls into town. Mavis Montgomery moved back to Rhinestone, the town she grew up in, a few years back. She’s been enjoying a lucrative enterprise while minding her own business in town until the past comes back to haunt her. Opal Tyler and Maude Haywood are a little off their rockers, but that doesn’t stop them from always showing up and showing out at the wrong time. Mavis is up to her ears in drama, all the while trying to keep track of her beloved dead grandmother’s two best friends. Join Mona, Mavis, and rest of the Rhinestone gang as they navigate their way through a town scandal and mystery in this southern comedy. 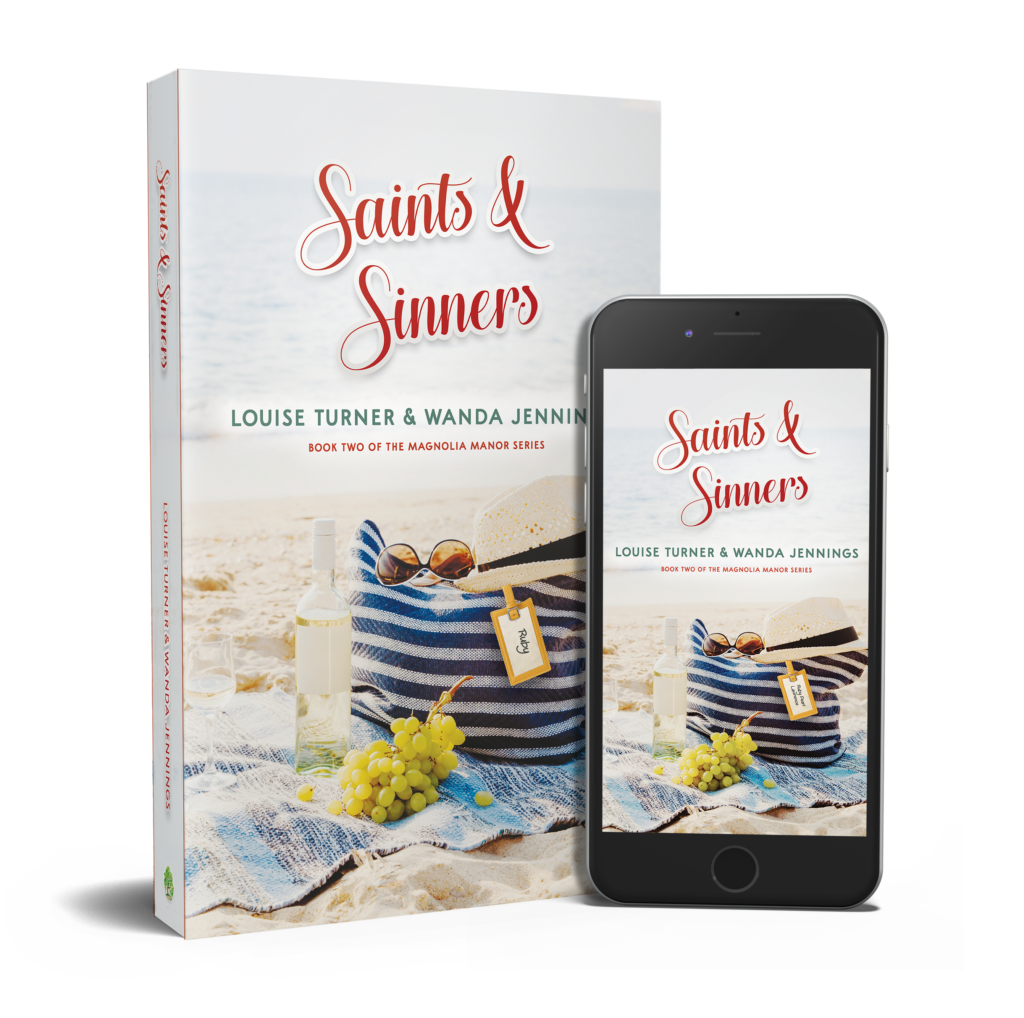 "Three best friends and the trip of a lifetime!" Ruby, Maude, and Opal call themselves the Stone Sisters after their beloved hometown of Rhinestone. Ruby Lawrence wants nothing more than to settle down and start a family with her high school sweetheart, Jameson. When Jameson puts a pause on their relationship, Ruby is brokenhearted. Her two best friends, Opal Tyler and Maude Cooper know the only way to fix a broken heart is the wide open road. They encourage her to accompany them on a summer adventure that leads them halfway around the world. Hilarity ensures along with a few hiccups along the way, as the Stone Sisters come of age in this raucous southern comedy. Join Ruby, Maude, and Opal as they embark on the trip of a lifetime! 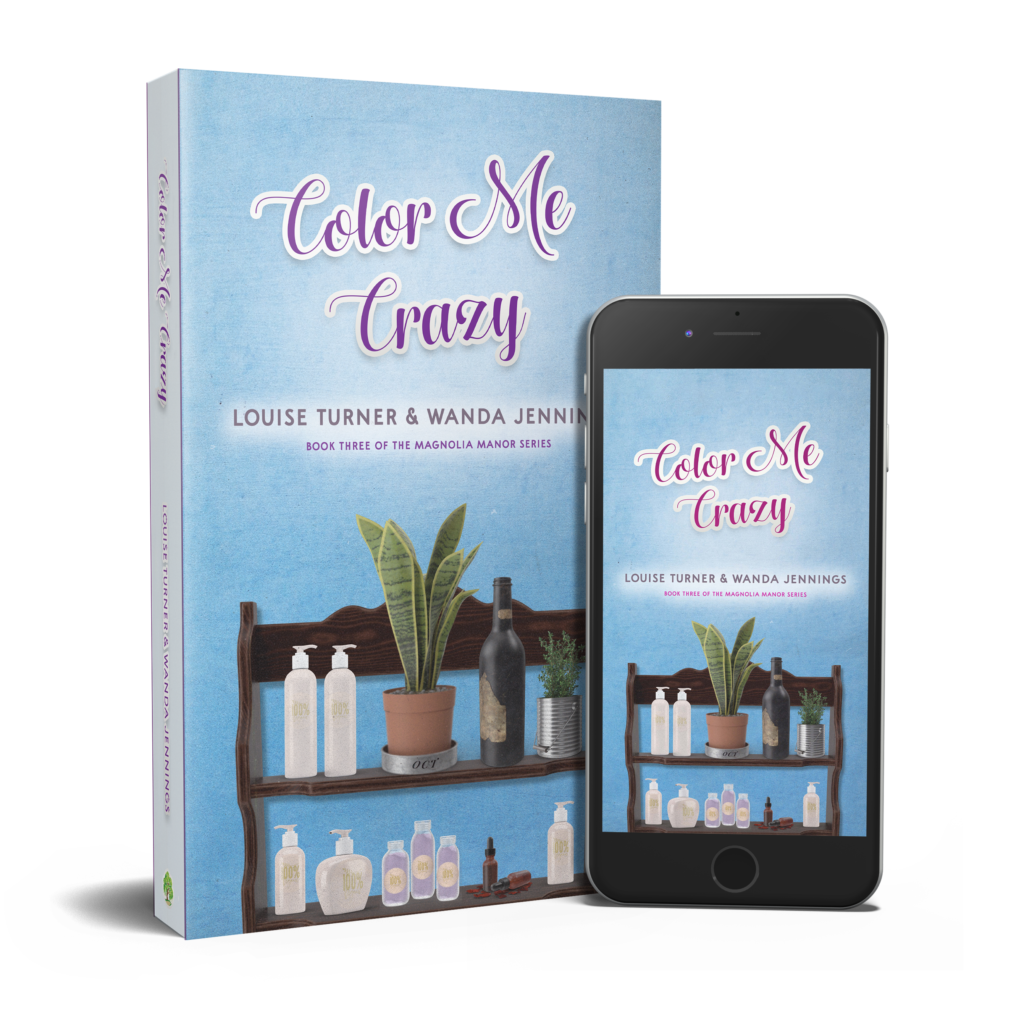 "There’s nothing you wouldn’t do for family!"Pete Reynolds is nothing but a layabout drunk. It wouldn’t be so bad if he didn’t have such a sweet and polite son who suffered from his abuse. When Opal comes across Pete’s son, Wilbur, in the woods one morning, she invites him back to the Manor for lunch. Wilbur becomes a regular and eventually moves in with the Montgomery family after his father is thrown in jail yet again. In between Opal’s sold out plays and Maude’s prank war with her annoying neighbor, Ruby finds herself balancing the excitement of the upcoming holidays with the tension of a potential custody battle. The Stone Sisters find themselves at a crossroads when Wilbur’s happiness suddenly comes to an abrupt halt. One thing after another rocks the small town until one night changes the course of all of their lives. 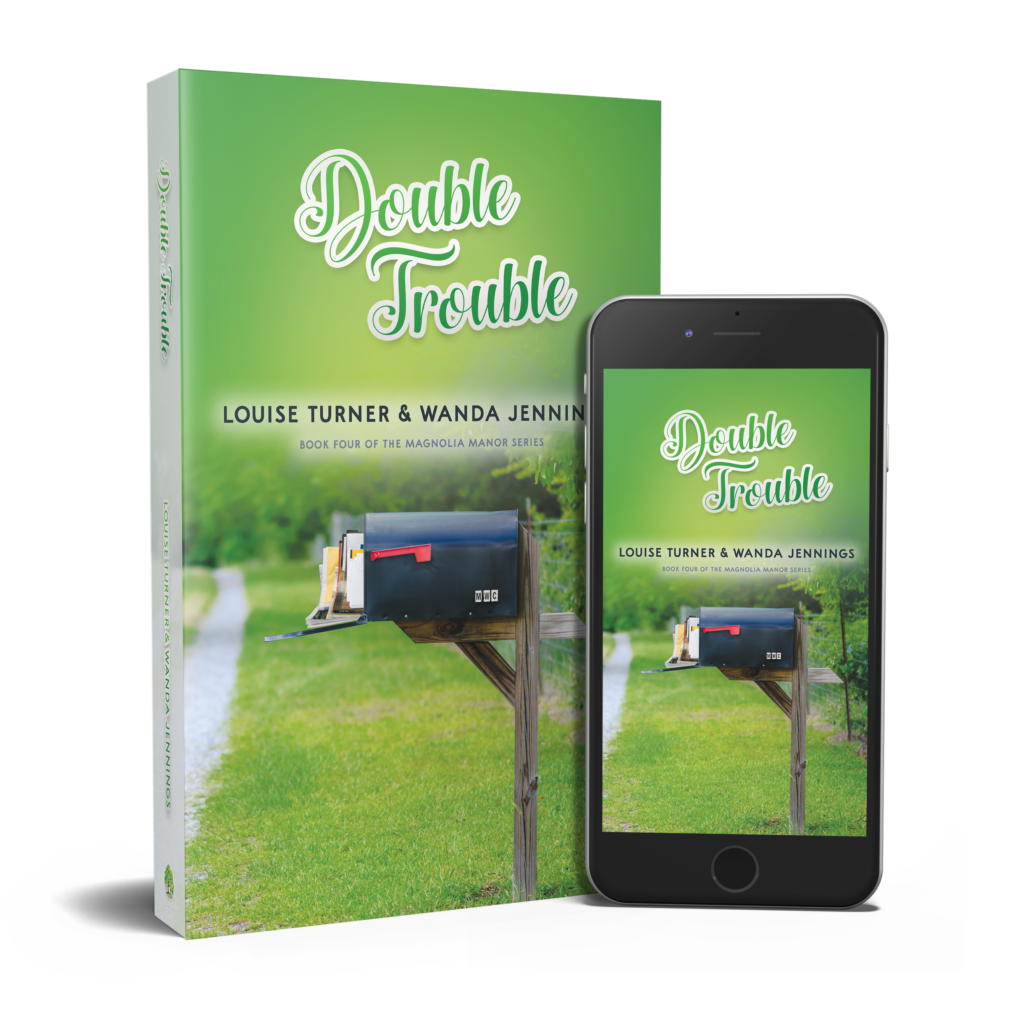 "Arrested for what?" It’s been ages since the Stone Sisters have gone away together for a vacation, and all three are in desperate need of a road trip. When Maude Cooper reads about Graceland finally opening up to the public, she knows that is an event they must be at. Ruby Montgomery is exhausted. Between raising her toddler granddaughter and worrying about her wayward daughter across the country, she barely has any time for herself. When Maude proposes a spur of the moment trip to Memphis, Ruby is initially hesitant to go. Opal Tyler is on the cusp of fulfilling her lifelong dream of entrepreneurship. Ms. Belva is about to retire and leave Opal the most prestigious salon in Rhinestone. As the new owner of The Comb Over, Opal is set to become the next premiere female entrepreneur this side of the Mississippi. Maude convinces her that a trip to Elvis’ mansion is the best way to celebrate. As they set off to celebrate The King, the Stone Sisters find themselves mixed up in one shenanigan after another. Memphis may never be the same again after the Stone Sisters leave their mark! 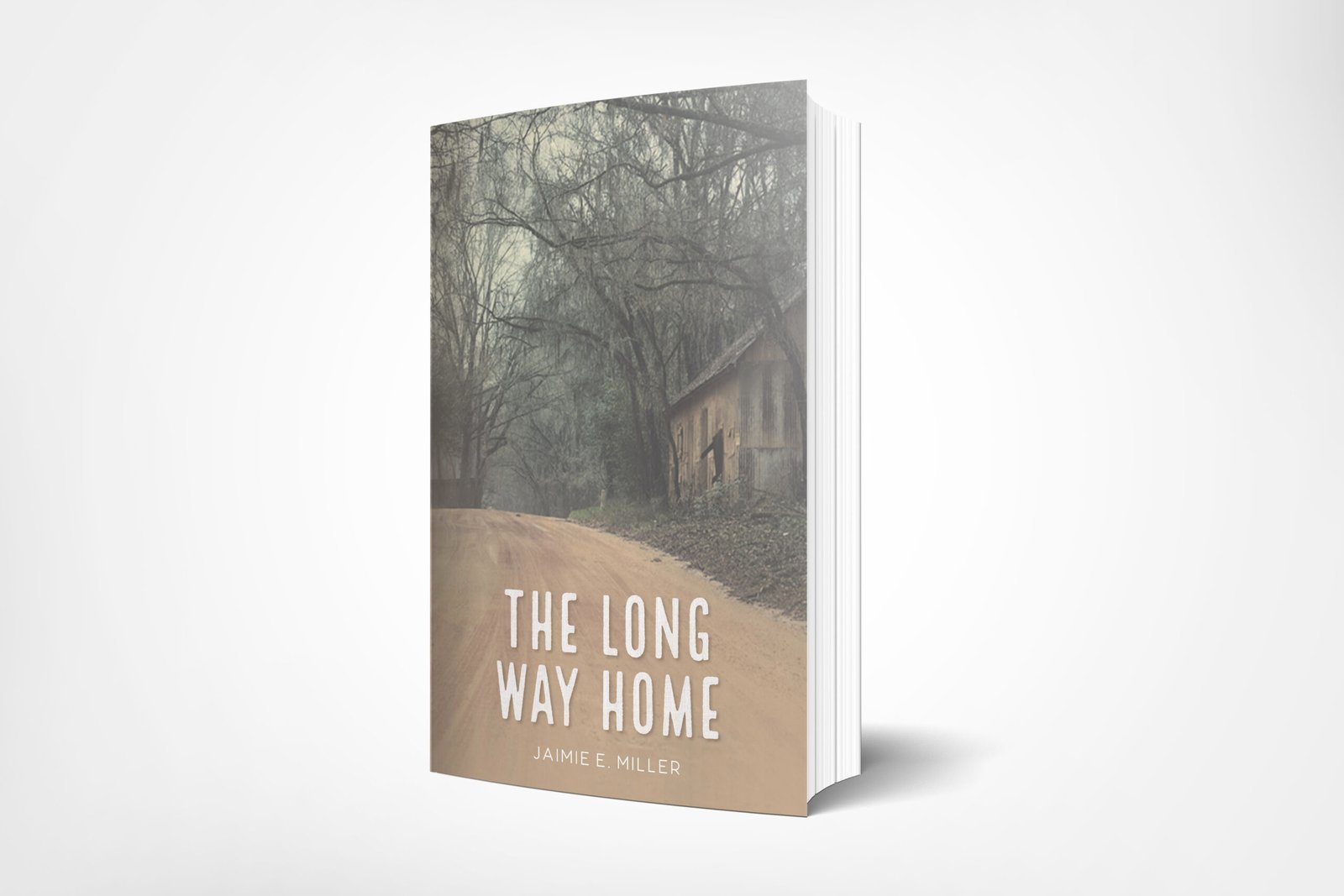 In the 1960s, Bryce Hospital was the best kept secret on the campus of the University of Alabama, tucked behind rows of aged oak trees. In a time when Bear Bryant ruled southern Saturdays and George Wallace’s fiery policies still loomed in the background of daily life, Bryce Hospital was stained with the blood of thousands of patients left to the wayside. The Long Way Home takes you on a journey through one woman’s search for independence and acceptance. Join Molly as she tells her story through the pages of her personal journal that chronicles racism, women’s rights, and mental health reform in 1960s America. You will find a cast of characters that do more than just enlighten your soul, they will steal your heart. 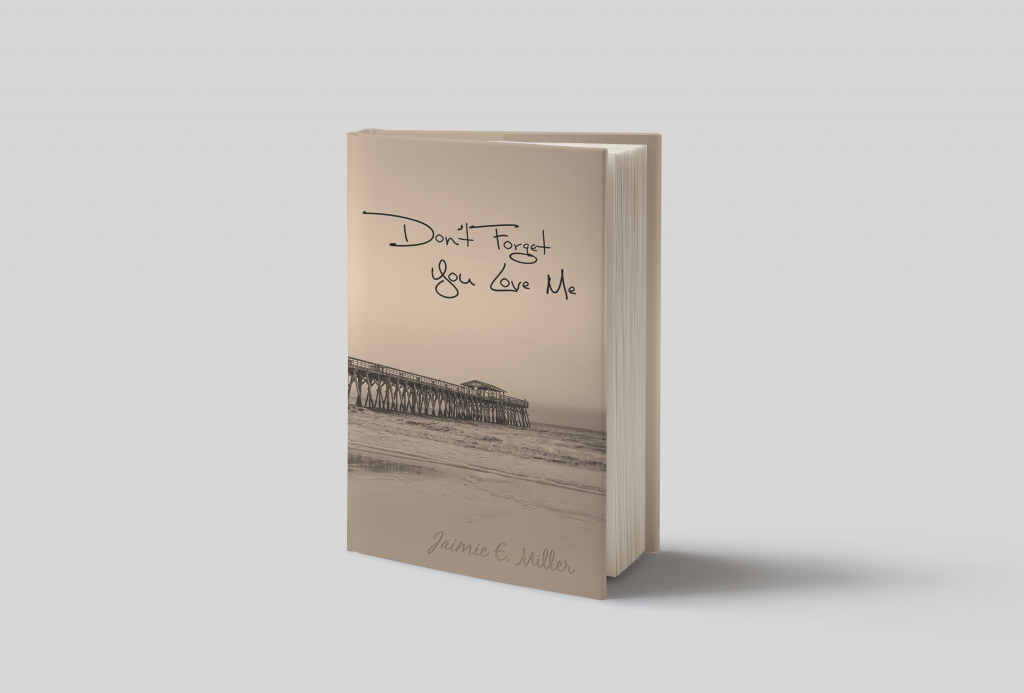 Don't Forget You Love Me

Don’t Forget You Love Me follows the stories of two high school sweethearts, Erin Williams and Tyler Henderson, as they navigate the consequences of their life’s choices. Erin and Tyler spend all of their days on the South Carolina beach headfirst in love until America’s War on Terror pulls Tyler into the fray leaving Erin behind to pick up the pieces of their once perfect life. Surrounded by her friends and family, Erin must grow up quickly and create a life of her own. Tyler, thrust into the raging war in Iraq, must learn how to survive in such a hellish nightmare, cut off from everyone and everything he has ever known. Until one day a postcard arrives in the desert and turns Tyler’s new life upside down. 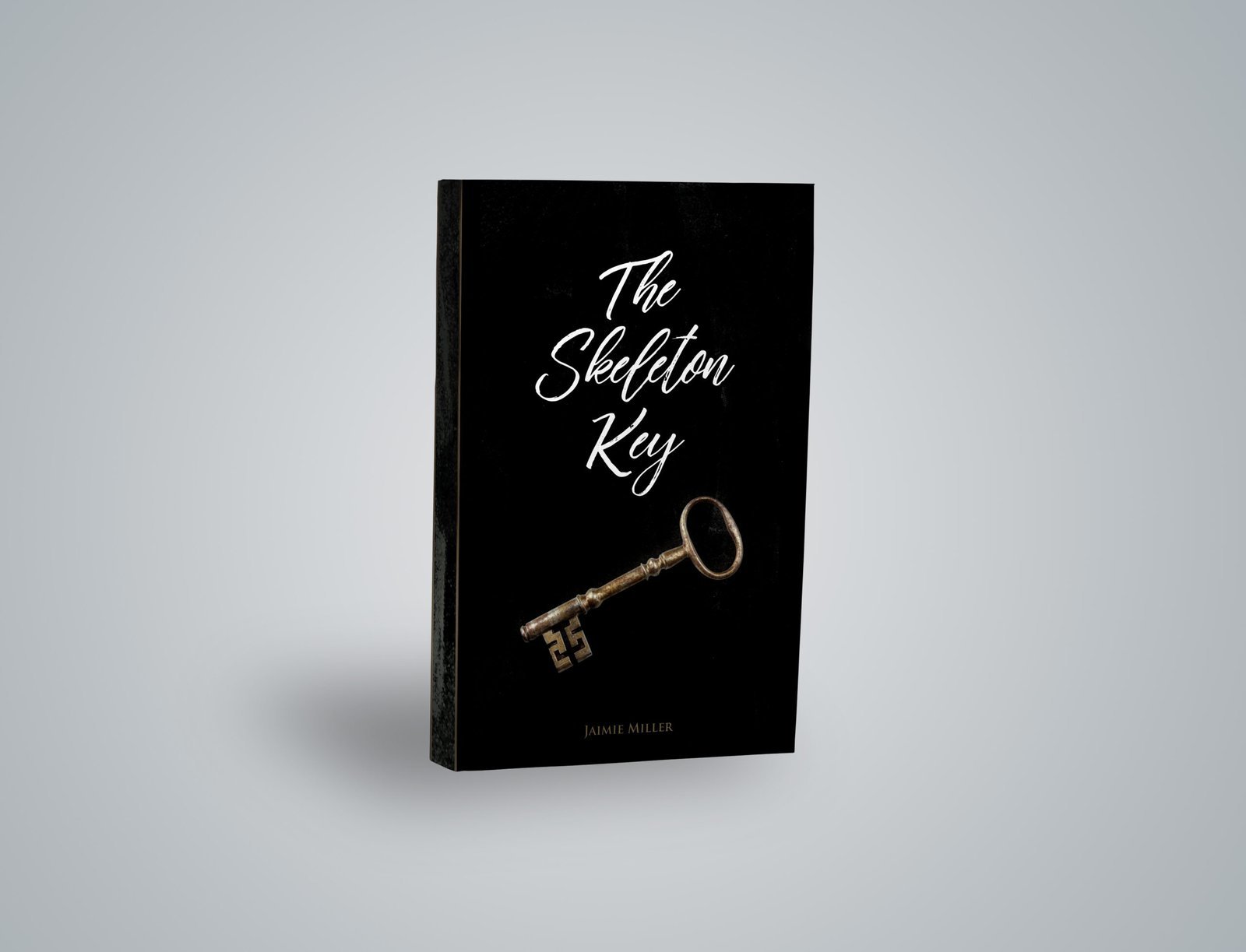 The Skeleton Key is a collection of human emotion. There is nothing more human than love, grief, excitement, desire, and pain. This poetry anthology focuses on the core aspects of human nature and explores the consequences of life's adventures. 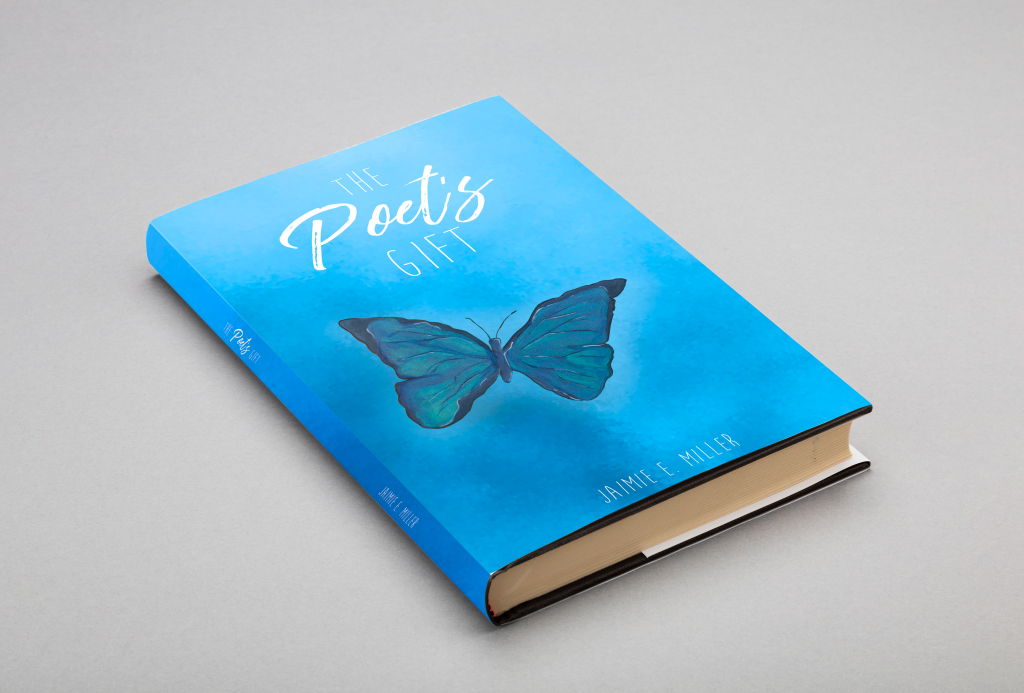 Jaimie E. Miller’s love of language shines through brilliantly in her debut collection of poetry. She considers herself “The People’s Poet,” writing about the true human conditions; life, love, pain, forgiveness, death, and hope. Jaimie’s poetry fearlessly explores the emotional heart while remaining true to her foundation of realism. Whether delving into heartbreak and loss in such works as “Address in the Stars,” personal strength in “Enough,” or passion in “When You Look At Me Like That,” she displays an understanding bound to enrich your own personal adventures.