A mother was born…

My son Liam will be four in May. I have learned more from him in these short years than I have from anyone else in my lifetime. It is only natural that my first post of the this new year is about him.

Having a little boy changes you somewhere deep down, down to your core. It awakens a new type of love that never existed until he is placed in your arms. In May of 2011, Liam was born, but so was something else; that afternoon, a mother was born. Here are some things that Liam has changed in both me and our house:

1. Before Liam, I was of course OCD. I am talking organized and clean to a fault. I did not clean every day, but with just myself and then my husband, I did not have to. Then came a baby boy. Now I clean the toilet daily. Boys are naturally messy and toddlers are not the cleanest of humans.

2. Before doing his laundry I have to check the basket because, more than once, Lightning McQueen or a Storm Trooper have taken the plunge with a dirty shirt. Stickers from the grocery store cashier have been washed and consequently permanently adhered to his Buzz Lightyear shirt.

3. Not only allow certain words to be said, but say them myself. Yes, the words that generally revolve around bodily functions and anatomy. In the beginning I swore we would never say things like that, but his giggle (my child and his father’s) are too much for me to say no. (‘Puke,’ ‘vomit,’ and um, other fun words are at the top of the list.)

4. Now we cross all kinds of lines with letting Star Wars characters ride Bullseye from Toy Story while Captain Hook gets picked up from a rescue helicopter. I never cared for Star Wars, even when my husband begged me to watch them when we were engaged. I watched and still did not care. Now, while I still do not find them interesting, my toddler can tell you all about them and I listen with intense concentration. The same goes for most of his little shows on television at which I have now become an expert.

5. Learn to let go of my extreme OCD issue. Children are naturally messy and allowing him to make a mess is healthy. I would rather him be happy in his world of imagination, than have a 100% of the time clean house. Our house has been made a home with the help of a little guy. Every stain and scuff mark has a story.

6. He taught me to believe in magic again. This coming from the biggest Harry Potter nerd who still reads them every few months. When you become an adult, you start to lose that childlike innocence, but having a child reawakens that belief. Everything is new and magical to them. Toys have a life of their own, the bathtub becomes a raging sea, the playground a pirate ship. Holidays take on a new meaning, vacations become new and exciting, and every day brings a new adventure.

7. He may not always match, but that is ok. He dresses himself and sometimes he puts his pants on backwards and that is alright with me. He is not self-conscious and has taught me to let go of some of that anxiety.

8. He has opened up a new sense of compassion and tenderness in me. He makes me melt. His sly grins, rambling giggles, gentle manners, and constant ‘I love you, mama” knocks me over. The way he runs into my room at 3AM after a nightmare, trembling with fear, knowing that I alone can make him calm down and feel safe enough to drift back to sleep. He gives the best hugs, hands down. His kisses are usually sloppy and he will lay one on me right on the mouth out of nowhere. He will also run into the room laughing, “I’m gonna tackle you!” And he does.

9. I have learned that a few hours of sleep a night is better than none at all. I do not need much sleep to accomplish the adventures of the day. Yes, I would love more sleep, but it is not always a necessity.

10. I could finish things on my to-do list in half the time without his help. However, he learns by helping me, by experiencing things on his own. The other night it took me twice the amount of time to make cookies, but it was so fun to let him measure things out, pour them in the bowl, and roll out the finished dough with me. When I vacuum he always tells his sister “I’m brave! I can touch the vacuum!” (Both of my children are semi-afraid of the vacuum, so I let him interrupt me and touch the vacuum while it’s at a standstill so he can learn it won’t suck him and his sister up! Remember, all things are magical to small children!) 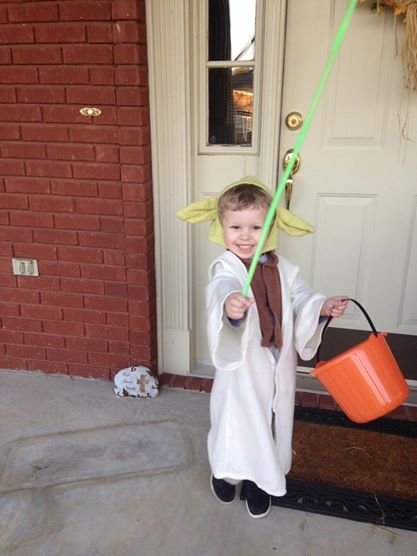 Next The Miller mutts